10 years of torture report from İHD: Impunity policy must be abandoned DİYARBAKIR - İHD Diyarbakır Branch, which announced the report of torture and ill-treatment of the last 10 years, demanded that the impunity policy must be abandoned by conducting investigations against torture effectively.

The Diyarbakır Branch of Human Rights Association (İHD) has released its "Report on Torture and Ill Treatment from 2010 to 2019."

Documenting the allegations of torture and ill treatment reported to the association in Turkey's Kurdish-majority Diyarbakır province over the last decade, the report has noted that torture has spread to all across Turkey.

The report has also noted that 690 people appealed to the İHD Diyarbakır Branch, alleging that they were subjected to torture.

Some findings from the report are as follows:

36 COMPLAINTS MADE BY MINORS

"The number of people who made an application and alleged that they were subjected to physical violence by public officials, especially law enforcement officers and wardens, between 2010 and 2019 was 690. While 97 of our applicants were women, 592 were men. While 36 of these applicants were under the age of 18, 29 applicants were over the age of 50."

"The complaints about torture and ill treatment, namely physical violence, made to our association in the last 10 years accounted for 19.5 percent of all complaints that we received in the indicated time period."

"The years when the highest number of complaints were received from women were 2018 with 30 applications and 2018 with 18 applications."

"According to the data of our association covering this 10-year period, the public officials who inflicted physical violence most frequently were respectively as follows: Wardens (45 percent), police officers (39 percent), gendarmerie (10 percent) and village guards (1 percent). In this ranking, the numbers of wardens (324) and police officers (280) are particularly striking."

"In terms of scenes of incident where physical violence was inflicted, prisons ranked first with 335 applications. Of all complaints about torture and ill treatment, 45 percent indicated that it happened in a prison. While 118 complaints about torture and ill treatment were made to our association from prisons between 2010 and 2015, this number was 217 in 2016-2019."

"168 of 690 applicants said that they were subjected to battery, beating and physical violence by law enforcement on the street. While the fewest applications in this group were received in 2016 with 6 applications, the highest number was recorded in 2014 with 23 applications."

"The number of alleged incidents of torture and ill treatment while being taken into custody hit a record high in 2019. This figure is the highest in the last 10 years. 2019 was also the year when our association received the highest number of complaints with police officers as the perpetrators. While this figure reached 56 in 2019, it was followed by 2011 with 38 applications."

"As for the incidents where soldiers were cited as perpetrators, the highest number was reached in 2017 with 17 applications. From 2011 to 2015, no applications were made to our association about this issue."

"As for the year when the fewest complaints of violence were received by our association, it was 2010. Considering that the language of government authorities towards the society was relatively mild, reasonable and peaceful in this year, it can be considered one of the reasons for the relatively smaller numbers of physical violence incidents." 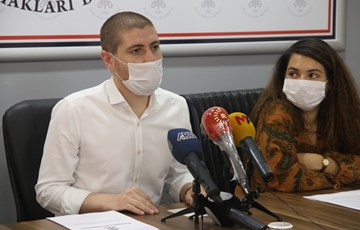 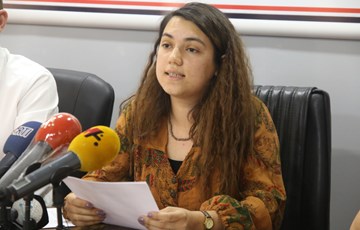